By Ross Parker
Counterfeiting brings to the public mind a rare fake $20 bill, knockoff handbags (spelled “Gucchi”),
and a bootleg Tom Cruise DVD. The typical consumer attitude about product counterfeiting ranges
from tolerance to apathy, nothing threatening or particularly sinister.
But the reality today is more sobering. Not only does counterfeiting and product fraud mean
global big bucks, but it directly affects all of our everyday lives in areas we do care about—food
safety, organized crime, pharmaceutical drug fraud, whole industries at risk, and health and safety
in the Third World.
Dr. Jeremy Wilson, the Director of Anti-Counterfeiting and Product Protection Program
(hereafter A-CAPPP) at Michigan State University, estimates the annual global trade in counterfeit
goods to exceed $600 billion, about 5-7% of world trade. The FBI figure is roughly the same.
Not only does the practice wreak havoc on the economies of industries and governments, it
threatens the health and safety of individuals worldwide.
Take food, for example. A-CAPPP estimates that inferior products make their way to almost every
American’s dinner plate. Examples are endless, from watered down milk, vodka laced with
methanol, diluted olive oil, tomato sauce, candy bars, virtually every kind of food we eat.

Impacts Public Safety
The counterfeit product list goes on to other categories involving public safety. Shoddy auto parts,
weakened medicine and pharmaceuticals, unsafe propane tanks, even a fake nuclear reactor
component (in Michigan no less). Over half of the drugs used in Third World countries are
counterfeit. Dr. Wilson estimates that counterfeit goods are responsible for hundreds of thousands
of deaths and injuries around the world every year.
I would guess that despite the salutary efforts of several federal law enforcement agencies
(FBI, FDA, DHS, ICE to name a few), out of the law enforcement dollar less than a penny is spent on counterfeiting and product safety investigations and prosecutions. In a world that wakes up
each day to a new mass murder or terrorist plot, product safety rarely grabs a headline. And
stretched-thin federal law enforcement budgets are focused on other crimes which the public
considers more important.

Counterfeit currency is the exception. Since its inception in 1865, U.S. Secret Service has battled
counterfeit money pretty effectively. Almost half of the currency in circulation back then in the
U. S. was bogus. Today, the figure is less than .01%. Still that is over $60 million injected into
the nation’s money supply. But aggressive law enforcement activity (99% conviction rate) and
advancements in currency design have minimized the threat from largely dumb and dumber
counterfeiters. In the fields of intellectual and tangible products, however, the current success rate
is increasingly a serious concern. In these areas it frequently seems that federal law enforcement
has ceded over the whole subject to the industries whose bottom line is most affected by the particular
fraud. Many of these corporations have developed excellent security divisions, often manned by
retired federal agents.

The problem is that even the best of these industrial programs is usually focused on a single product
line and is motivated almost entirely by activity which most affects the profit of the corporation. Nothing
wrong with that but, even when a program is successful, it is often so sub-specialized that it rarely
crosses over to other industries or even to other companies in the same field, or to the protection of
other unrelated products for the public at large.
Lack of Investigative Coordination
The result has been a lack of investigative coordination, preventative expertise, and government
imprimatur. As well as a dim public awareness of the scope of the problem that law enforcement
activity can sometimes better influence.
Into this vacuum of both ideas and activity stepped Michigan State University with their creation
of A-CAPPP in 2009. The multi-faceted program offers an interdisciplinary, evidence-based approach
to provide research, educational training, and partnership opportunities for corporations, academics, governments, and law enforcement to pool their talents and experience to take on this global threat.
This graduate level program has a busy schedule of research projects, training for businesses and law enforcement, and scholarly publications. It is sponsored by companies like GM and Hewlett-Packard,
government agencies like DHS, Defense Department and FDA, and other MSU academic
departments like Criminal Justice, Social Science and the International Business Center. Check
out their excellent web site at http//www.a-cappp@msu.edu.
Full Disclosure—My family bleeds green and white and I have ten years of cancelled tuition checks
to prove it.

Finances Vs. Health Needs
The stress between protecting the intellectual and tangible property rights of developed countries
and the economic, nutritional, and health needs of developing countries has never been higher.
Incentives for research and development, not to mention return on capital investment, require
protection. But in Third World countries people are dying because medicine is too expensive and
unavailable. And they are starving because modern agricultural methods and high-yielding and
pest-resistant seeds are not available to them from companies whose products are protected by
patents.

Then, too, the U. S. patent and trademark system is sorely in need of an overhaul. Most economists
have concluded that in this the most innovative country in the world we have an antiquated patent
system not geared for the 21st Century. The U. S. Patent and Trademark Office is overwhelmed and underfunded, and a million pending applications lie in wait for examination. Plus the legal framework
is more suited to an earlier age prior to the technological revolution.

Litigation Comes Into Play
Then there are the patent trollers with the help of my brother and sister attorneys who search for
and submit ambiguous patents which permit them to file frivolous lawsuits. Litigation which is so
expensive that righteous defendants unfairly feel forced to settle and pay as a cost of doing business.
The whole trade relations area is immensely complex. Not only is there the developed/developing
nations divide, but what can and should the U. S. do about China, the capital of counterfeiting?
The Asian Busines Council estimates that as much as 8% of China’s GDP comes from counterfeit
products. These range widely from pirated business software to fake copies of music and movies.
Some of these imports are so pervasive that they threaten entire industries in the United States.
But the economic stakes of our relationship with China as a trading partner (not to mention as a
creditor) complicate how tough our legal and diplomatic stance should be.
Yikes! These are some complicated and convoluted issues that demand innovative ideas and
effective activity. I, for one, am glad that some policy wonks like those MSU professors are on the
case. Hats off to this Spartan initiative.
But it is clear that an expanded and better funded federal law enforcement role is also essential to
navigate this morass of issues and conflicts. Collaboration between academics, business,
government, and law enforcement is essential to survive these complex and threatening forces.
Counterfeiting isn’t just about knockoff Gucci bags. It involves public safety and welfare all over
the globe. 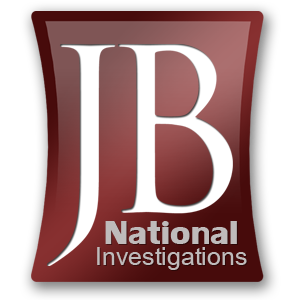